Friday is a holey holiday as we celebrate National Donut Day with free sweet treats at participating locations.

Krispy Kreme: Get your hands on a  free, hot and delicious confection of your choice.  No purchase is necessary.

During this year’s National Donut Day celebration, The Salvation Army marks  the 100th anniversary of  World Wa I. The charity created the “holiday” in 1938 to commemorate female volunteers who provided donuts and coffee to soldiers on the front lines in 1917 in France during World War I. These “Donut Lassies, ” as they became known, would fry doughnuts in soldiers’ helmets and serve the confection to troops to boost morale. 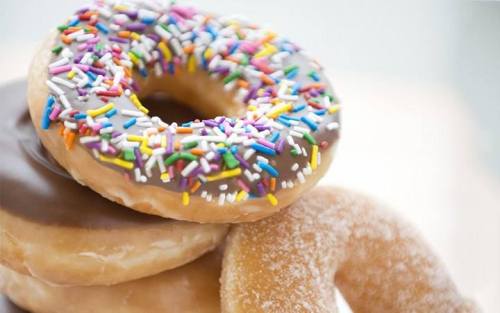 If you’d like to make your own doughnuts at home, the Salvation Army offers its classic and modern recipes here.