The Brewing Network has officially out done themselves! This year’s Winter Brew Fest was phenomenal! The event which dominated the entire Todos Santos Plaza was well organized and ran smoothly. Downtown Concord was buzzing with life as hundreds flocked to the local plaza. The staff did an exceptional job organizing the entrance lines which moved quickly and efficiently. 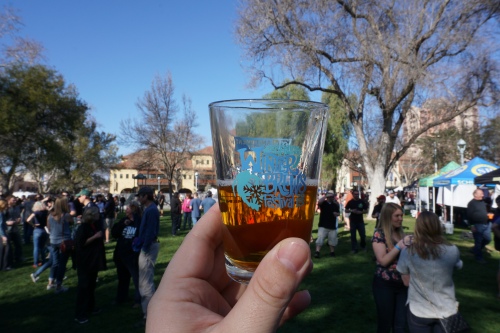 The Brews Fest delivered a custom keepsake tasting glass and an amazing selection of quality beer. The event featured over 55 breweries from across the country offering dual tastings with unlimited pours.

Where else in the world can you hold an Winter Brew Fest outdoors? The weather was perfect for a little beer and concert in the park! It was in the 70’s and sunny as event goers set up their lawn chairs and blankets in front of the stage.

The event’s musical performances began with award winning music by Windy Hill, a California Bluegrass band. They made the Brews Fest a guitar picking, knee slapping good time. The attendees couldn’t help but have a dance party on the lawn!

The headliner performance featured Purple Haze, a tribute band to the late Jimi Hendrix. Just like the legend, Ralph Woodson (lead vocalist and guitar) shocked the crowd when he played the guitar behind his back and with his teeth!!! Check out a video clip of Purple Haze below!

There were lots of new faces at this year’s event however, the fun was watching the pros that have returned year after year to have their fill. They carried with them lawn chairs and knew precisely were they wanted “home base” to be set up. They brought their own identical t-shirts, party hats or other marking to easily identify themselves amongst the crowd. Some brought their own snacks and necklaces of pretzels were exceptionally popular this year.

The venue was full of people but provided more than adequate space for the beer drinkers on hand. Booths were busy, active places with fast moving lines and unlimited smiles. They were manned by a combination of volunteers and brewery representatives all were gracious, friendly and informative about the beer they offered.

Both beer enthusiast and connoisseurs were busy trying all there was to try. I can say with all honesty, that there was truly something for everyone. With the wintry theme, the focus trended to the warmer end of the spectrum. There was a heavy dose of IPAs, complemented by a generous selection of stouts. 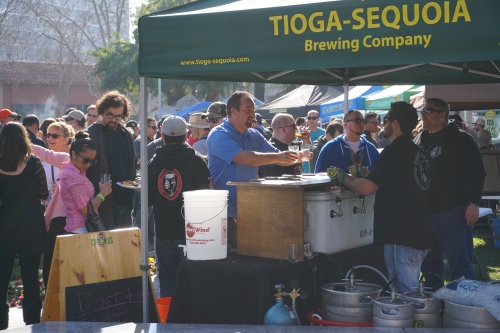 While there was so many favorite breweries to choose from one crowd favorite was High Water Brewing’s with their Campfire Stout which tasted like Smores and their Sugaree Maple Boubon Pecan Pie. Both were as good as they sound. 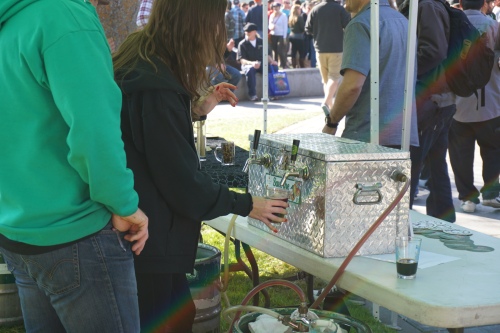 There was a definite lack of hard ciders but the ones we found made up for it! Two River Ciders offered up their Blackberry Cider and Gavenstein cider. The Blackberry went down smooth and was definitely one of our favorites. The Gravenstein had a refreshing crisp taste to it and was well received! Many other well known breweries such as Moylans and Lost Coast offered their best brews too.

With amazing breweries offering incredible beers, who wouldn’t want to make 2016 Brew Fest a MUST on their list!  The Brewing Network created a memorable experience that everyone can appreciate. 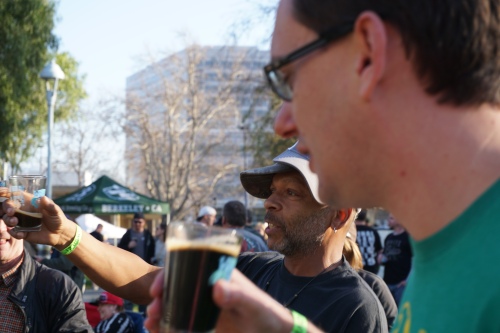 Stay connected to DiabloReporter.com for all upcoming Brew Fests events. We are pleased to announce each event and give insider details.  Visit the Brewing Network page for more information, events, forums and podcasts.