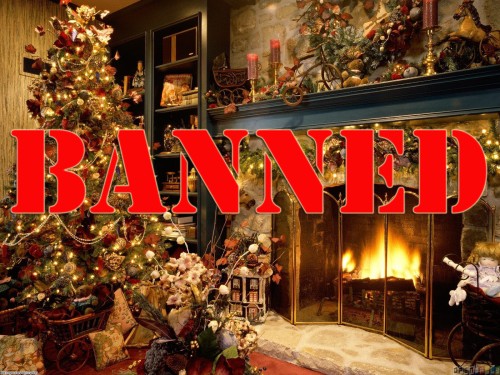 In case you were looking to enjoy that time-honored tradition of gathering friends and family around your holiday fire; you might have to wait on that.

The Bay Area Air Quality Management District (BAAQMD) has issued a Spare the Air alert for the 10th consecutive day in a row. This is a startling number considering in the past, the most consecutive days in a row for Spare the Air alerts have been only 3. This ban forbids private citizens from burning fires in their private homes and on their private properties. This even includes outdoor BBQ, fire pits and other wood burning activities.

For years now the BAAQMD has targeted specific holidays as “Spare the Air” days for years now. These holidays have been primarily Thanksgiving, Christmas and New Years.

This year it seemed the tide has changed, or so we thought.

After the Diablo Reporter and several other local news outlet have published articles outing the controlling organization; they had surprisingly lifted their “Spare the Air” ban for Thanksgiving. For the first time in at least 5 years, the 7 million Bay Area residents were allowed to enjoy the traditional holiday fire.

However, it seems we will have to pay a price for the Thanksgiving Day fires. Today, Tuesday December 17th, is the 10th day the BAAQM has issued consecutive Spare the Air alerts. So far, they have issued a total of 14 Spare the Air alert this season and it that’s just the beginning.

If caught burning wood on Spare the Air days, you could face being reported by neighbors, facing fines upwards of $400, forced to attend a Spare the Air school (paid by tax payers) and even forced evacuation of your home with the possibility of it being condemn or seized. To add insult to injury, we were unable to find any California law that states it’s unlawful to burn wood anytime, even on Spare the Air days (If you find one, let us know!).

BAAQM claims that the Spare the Air alerts are issued depending on air quality conditions, however, it seems as though particular holidays are targeted every year. Will banning burning for 10 days be enough to allow burning on Christmas or on New Years?

For those that are wondering what the public thinks of the fireplace police,
it’s not good. According to March 2012 ABC article, “Residents have called the inspectors “communists,” “disciples of Hitler,” “a disgrace to this country,” “inconsiderate,” “obnoxious” and “out of control.” In one (letter), the writer said he’s “enraged” that they’ve “ruined every holiday…” Another told them they’re going to hell.”

To find out more information on the Spare the Air legal issues, who’s supporting it and how this costly program affects its residents and how they feel it about it, click here.

The team at DiabloReporter.com will continue documenting the alerts as they correspond to the holidays and publish our findings in our upcoming Spare the Air reports. And since we can’t enjoy the real thing today (unless you’re a rebel 🙂 ) perhaps this will help a little.

Tell us what you think about the issue? Is this program for the greater good or another system to control the lives of millions? How many more days of wood burning ban is to come?