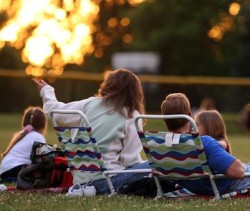 All movies begin at approximately 8:30 pm, so pack late-night snacks and prepare for a lazy evening with a movie under the stars. Lawn chairs, blankets & ice chest welcome and admission is FREE! Complimentary popcorn will be provided. Movies will be held at Dougherty Station Community Center (on the rear lawn) at 17011 Bollinger Canyon Rd., San Ramon, CA. 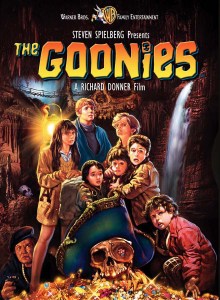 The Goonies is a 1985 American adventure–comedy film directed by Richard Donner. The screenplay was written by Chris Columbus from a story by executive producer Steven Spielberg. The film’s premise features a band of pre-teens who live in the “Goon Docks” neighborhood of Astoria, Oregon attempting to save their homes from demolition, and in doing so, discover an old Spanish map that leads them on an adventure to unearth the long-lost fortune of One-Eyed Willie, a legendary 17th-century pirate. For more info on the Goonies, click here for their Wikipedia page.